Behind the Scenes: Heat Recovery from Gray Water

Did you know that when you take a shower, the water reaches your skin at about 38°C (100°F) and that a few moments later, it is evacuated having lost only 5 to 6 degrees (10°F)? It’s a shame to spend energy heating water and let the calories go so quickly! A shame that can be corrected in keeping with the House’s wish to become more environmentally friendly. To current and future residents: not to worry, the plan is not to go for cold showers! A much smarte, virtuous solution is being implemented — recovering calories from gray waters.

How does it work? The “grey” water from the showers and sinks is evacuated at a temperature varying from 33 to 35°C (90°F). Specific pipes are set up separate from “black” waters (toilet water – when only one evacuation pipe existed before) and go to a heat recovery system in the basement of the house. This object is actually a succession of pipes through which the still hot water from the shower travels next to pipes of clean, cold water (about 10°C – 50°F) thus preheated to 23 to 24°C (74°F). The clean water then continues its journey towards the house’s conventional boiler, which takes over to ensure a nice, warm temperature of 38°C (100°F) in the shower heads. The benefits are very real. They are counted in kWh (hourly kilo-Watt) or, in every day parlance, in hours of showring: the savings amount to one in four showers. Or all the showers in the East Wing from January to June! In addition, since showers in the house tend to be taken simultaneously over short periods of time, consumption and recovery overlap. It’s a vicious circle! 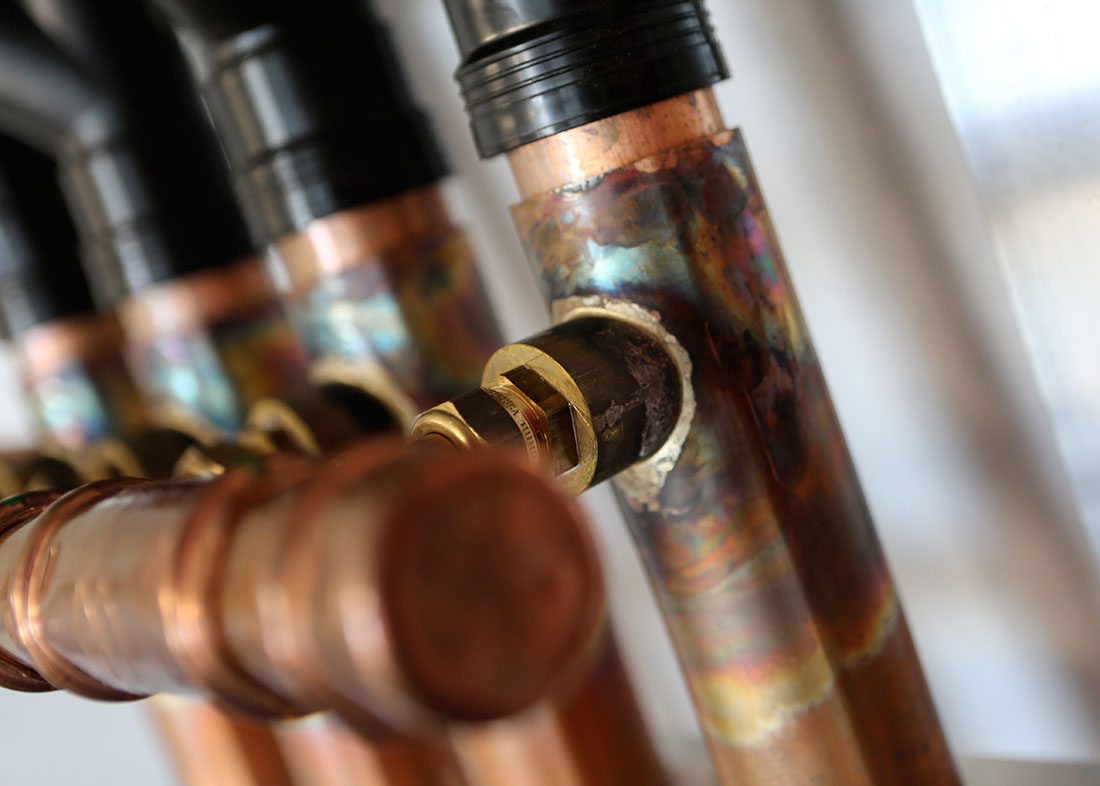