The company Love Labo has been in artistic residency at the FEU since 2015. 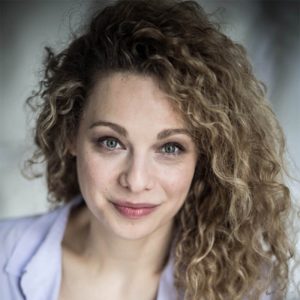 Love Labo is directed by choreographer and performance artist Nathalie Broizat. The company is supported by Danse Dense. Nathalie Broizat develops a unique style of performance art inspired by the 10 years she spent in the United States following her year as a Fulbright grantee. Since 2001, she created several short and long pieces in New York and Los Angeles before moving back to France (Lightness 25, Conversion, Amour Where are You..). Her research in New York focused on analyzing one’s “inner world” in terms of movement and then choreographing it. Using Laban Movement Analysis’ principles, she developed a meticulous style of choreography. In 2004, she became a member of Rachel Rosenthal’s company, a pioneer of Performance Art in Los Angeles, where she worked for over 6 years. At the same time, she continued her own research and created many pieces that have been performed in venues such as the Highways Performance Space, Redcat, the Getty Center, the MOCA (Museum of Contemporary Art) in Los Angeles, and the Single File Festival in Chicago.

Back in France since 2015, Nathalie Broizat has worked as a performer with Marco Berrettini, Anne Rebeschini, Anna Gaïotti and Caroline Breton. She inherited the DbD (Doing by Doing) technique from Rachel Rosenthal and continues to develop it in France, both in performance and in artistic education.

In June 2016, Broizat presented her first piece, the trio InstantT, at the FEU. In February 2020, she created InstantT 2020, a piece for 10 dancers, which premiered at the Festival Danse Dense in March 2020 and at the Artdanthé 2020 festival. Her work is presented as collages questioning our everyday contemporary world, bringing the audience into connection with their intimacy, sensitivity and a unique sense of humor.

As part of Love Labo’s residency at FEU, Nathalie Broizat develops DbD Workshops, which are research labs for professionals, amateurs, and schools. She presents a public DbD Performance each year. The first one, Fresques, was inspired by the Grand Salon‘s frescoes painted by Robert La Montagne St Hubert. With the support of FEU, DbD workshops are also being organized in other institutions: at the Centre National de la Danse in Paris and in Lyon, in educational settings, for humanitarian organizations, etc.

DbD took roots in New York in the early 1950s in the Gage/Cunningham/Rauschenberg circle, to which Rosenthal belonged before moving to Los Angeles. “Doing by Doing” is the underlying philosophy, providing performers with tools to connect all aspects of theatrical performance: body, movement, voice, sound, music, lights, sets, props, and costumes, creating a total experience. Catherine Grenier, curator of the exhibition “Los Angeles 1955-1985” at the Centre Georges Pompidou in Paris in 2006, specified that Rachel Rosenthal’s technique obeys the temporal constraints of the fine arts.

Today, Nathalie Broizat’s work grows between its historical roots and its contemporary aesthetic and artistic stakes, which she develops in a singular approach. The piece InstantT 2020, a piece for 10 dancers, questions the dynamics of the group, and the place of the individual within the group. In 2021, Love Labo created InstantT21, a video performance in collaboration with the film director Jérôme Cassou. 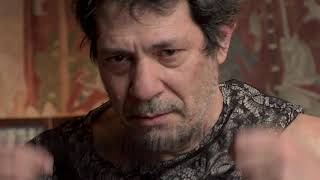