IMAGO has been in artistic residency at FEU since 2021.

IMAGO is a chamber music collective based in Paris. Comprising four founding members, including two FEU alumni: the composer Sato Matsui, the flutist Thomaz Tavares, the cellist Andrew Briggs, and the pianist Rieko Tsuchida, the ensemble features a diverse array of collaborators to curate innovative programs that encompass both traditional and contemporary repertoire.

The collective takes its name from the word Imago, which signifies the final stage of metamorphosis for insects such as beetles, butterflies, moths, and cicadas. Conceived of and realized during the time of Covid-19, the ensemble is an artistic and entrepreneurial response to an era that has challenged the arts on a global scale. Amid the rapidly changing norms of private, professional, and social lives, Imago is a concerted effort to adapt and metamorphose to the artistic needs of today. With the generous support of private donors and the invaluable partnership with the Fondation des États-Unis, Imago has made its debut concert series on screen with a dedication to delivering a high definition and dynamic performance to simulate to the best of our abilities the indescribable joy and catharsis of hearing live music.

The integrity of IMAGO also stems from a collective effort to sustain the livelihood of the artists who have dedicated innumerable time, energy, ingenuity, and expertise into realizing these musical works. Amid the unprecedented destabilisation for performing arts, IMAGO has adapted an innovative entrepreneurial approach in order to provide its musicians with the much needed artistic and financial sustainability.

The musicians of IMAGO are committed to delivering the highest level of artistry with the vicerality and intimacy made possible by today’s technological advancements. While many aspects of music making are sure to continue to change, we embrace the transformation as an opportunity to evolve ourselves as artists, and to continue to work to capture the essence of today as all artists have done before us. 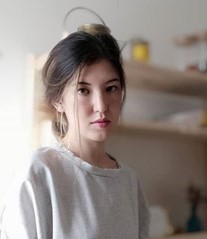 Born in Chitose, Japan, Sato Matsui is a Paris based composer whose musical language draws influence from traditional Japanese sonorities as well as her training as a classical violinist.

Her activities from the past year include Goldenrod Flute Sonata, which was commissioned and premiered at Merkin Hall by Carol Wincenc for her 50th Anniversary Commissioning Project. In March 2020, Ms. Matsui participated in New York City Ballet’s Choreographic Institute, where she collaborated with choreographer Jonathan Fahoury on a dance piece for the School of American Ballet.

In 2019, Ms. Matsui’s chamber orchestra piece Kinokonoko received its Lincoln Center premiere in Alice Tully Hall under the baton of Joel Sachs. Later the same year, Ms. Matsui’s scoring of  Shakespeare’s As You Like It was produced by director Ian Belknap at the McClelland Drama Theater in Lincoln Center.

Ms. Matsui is a winner of the Charles Ives Scholarship from the American Academy of Arts and Letters, and is currently a C.V. Starr Doctoral Fellow at the Juilliard School, where she also earned her Master of Music while studying with Robert Beaser. She received her BA with Highest Honors from Williams College, where she studied composition with Ileana Perez-Velazquez and violin with Joana Genova.

She is the winner of the J. William Fulbright Scholarship, and currently lives in Paris where she researches the manuscripts of Erik Satie for her doctoral dissertation. 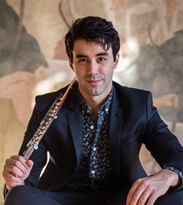 Paris based flutist Thomaz Tavares regularly performs, records, and tours with the Orchestre de Chambre Nouvelle Europe under the baton of Nicolas Krauze and is co-founder of Ensemble Imago. He has been praised by the Virginia Gazette as a “polished performer, with a pure, direct sound…embracing the work’s lyrical and virtuoso demands.”

Tavares was a recipient of the Harriet Hale Woolley Scholarship for the 2019-2020 year during which he explored the French Belle Époque repertoire under the guidance of Jean Ferrandis and the flute music of the composer Yuko Uebayashi under the composer herself. In 2019 Tavares obtained his Diplôme Supérieur de de Execution from the Ecole Normale de Musique de Paris with unanimous distinction from the jury and in 2020 he obtained his Diplôme Supérieur de Concertiste, the highest degree offered by the institution. A native New Yorker later raised in Brazil, Tavares completed his Bachelor’s degree in flute performance at the Indiana University Jacobs School of Music under the tutelage of Thomas Robertello with a “Premier Young Artist” scholarship and later moved to Paris to study under international soloist Jean Ferrandis.

Thomaz has been featured as a soloist and collaborator in festivals in Paris (France), Halle (Germany), Fontainebleau (France), Sarajevo (Bosnia), Dartington (England), and has given numerous recitals throughout France and the United States. He’s most recently been a guest performer with the Fontainebleau Association, Ensemble Calliopée, and the Open Chamber Orchestra of Paris.

Praised as “an artist with an already expanding reputation and great future” (The Well-Tempered Ear), cellist Andrew Briggs is a world traveler. Recent solo and chamber music performances include the Bridging Arts Music Festival in Nürmberg, Germany, the Fontainebleau Festival and the Terres Vibrantes Music Festival in France, with upcoming performances of the Schumann Concerto in Manitowoc, Wisconsin, and an invitation from the Tatihou Festival. Last season, Mr. Briggs performed with the Ensemble Calliopée in Paris, sat in as principal cello of the Orchestre Symphonique de Bretagne in Rennes, and gave recitals at the Fondation des États-Unis and the Cité Internationale des Arts in Paris.

Mr. Briggs holds his Master of Music from The Juilliard School and his Doctor of Musical Arts from the University of Wisconsin, where he completed his doctoral project, “Piatti and the Body: An Integrative Approach to Learning the 12 Caprices, Op. 25,”.  Mr. Briggs currently resides in Paris, France as a resident artist at the Cité Internationale des Arts with the Ensemble Kimya, and associate artist of the Terres Vibrantes Music Festival in Auvergne. He is a past recipient of the Harriet Hale Woolley Scholarship from the Fondation des États-Unis for 2018-2019, where he studied and performed the works of Duport, Debussy, and Poulenc.

Prize-winning pianist Rieko Tsuchida has performed internationally as a soloist and chamber musician. Ms. Tsuchida made her professional concerto debut in 2011, performing Tchaikovsky’s Piano Concerto No. 1 with the California Symphony. That year she was also invited to participate in the prestigious Verbier Festival Academy in Switzerland. Most recently in March 2020,  she performed with violinist Virgil Boutellis and Soloists of Royal Philharmonic at the Salle Gaveau in Paris. She will also present concerts with them at the Berlin Philharmonie and at Carnegie Hall in 2022. Mr. Boutellis and Ms. Tsuchida are releasing a violin/piano duo album with Aparté Record Label next year.

In May 2013 she made her solo recital debut at The Phillips Collection in Washington D.C. She has also performed with the Ashdod Symphonic Orchestra, the Rochester Philharmonic, the California Youth Symphony, and the San Domenico Orchestra. In March 2016 she was invited to perform for the Consul General of Japan, Ambassador Reiichiro Takahashi, in New York City. As a result of her successful performance, she won the SONY USA Foundation Grant 2016 through the Salon de Virtuosi.

Ms. Tsuchida earned her Bachelor of Music Degree at the Peabody Conservatory under the tutelage of Boris Slutsky. She recently completed her Master of Music Degree at The Juilliard School in the studios of Dr. Matti Raekallio and Joseph Kalichstein. 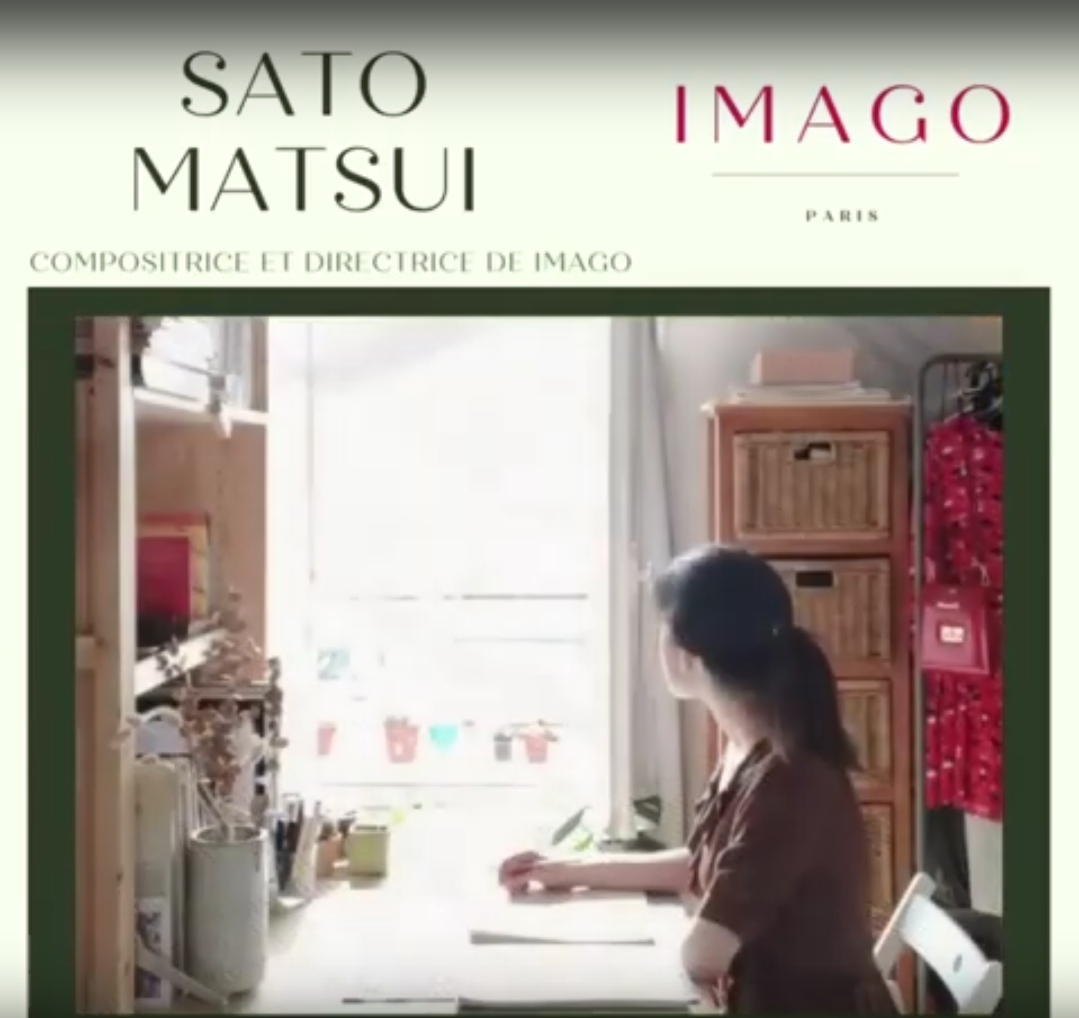 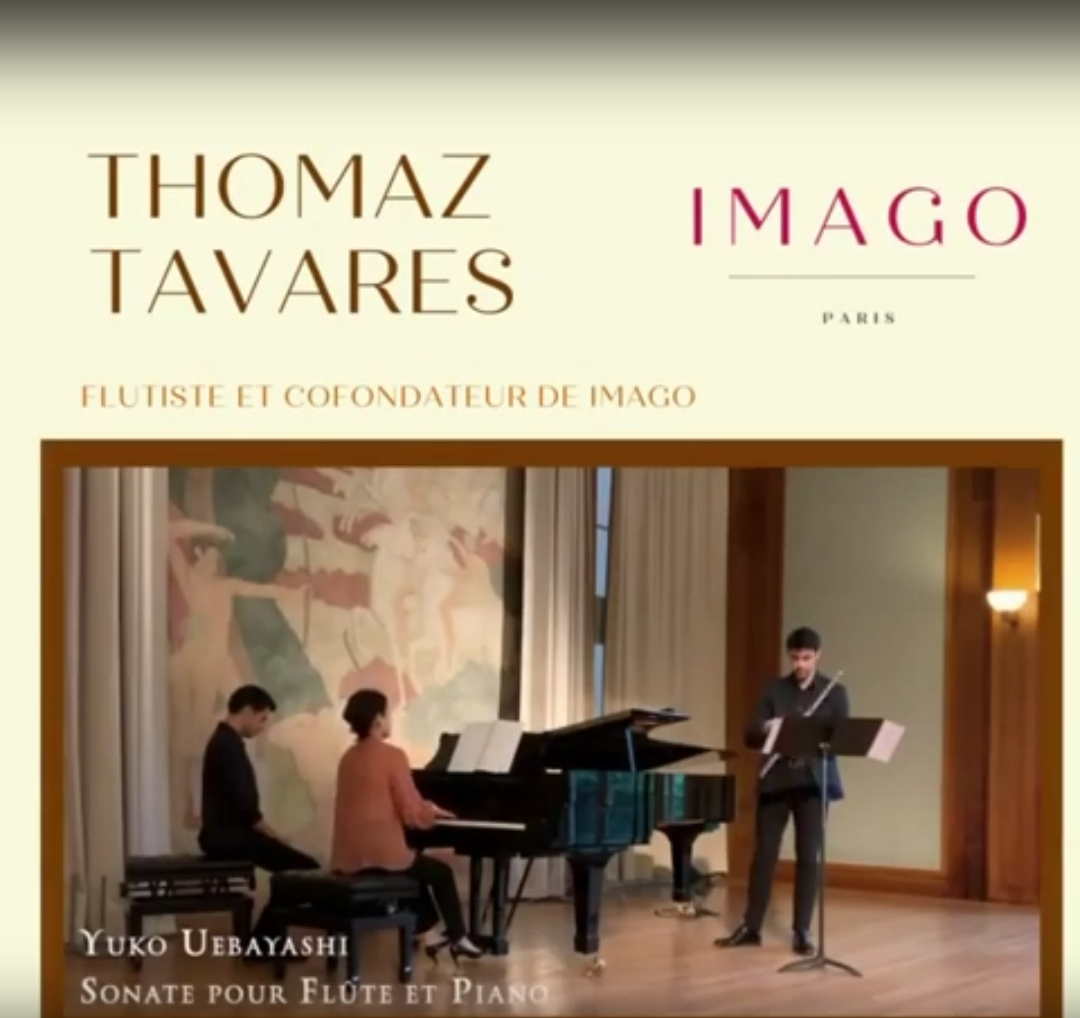 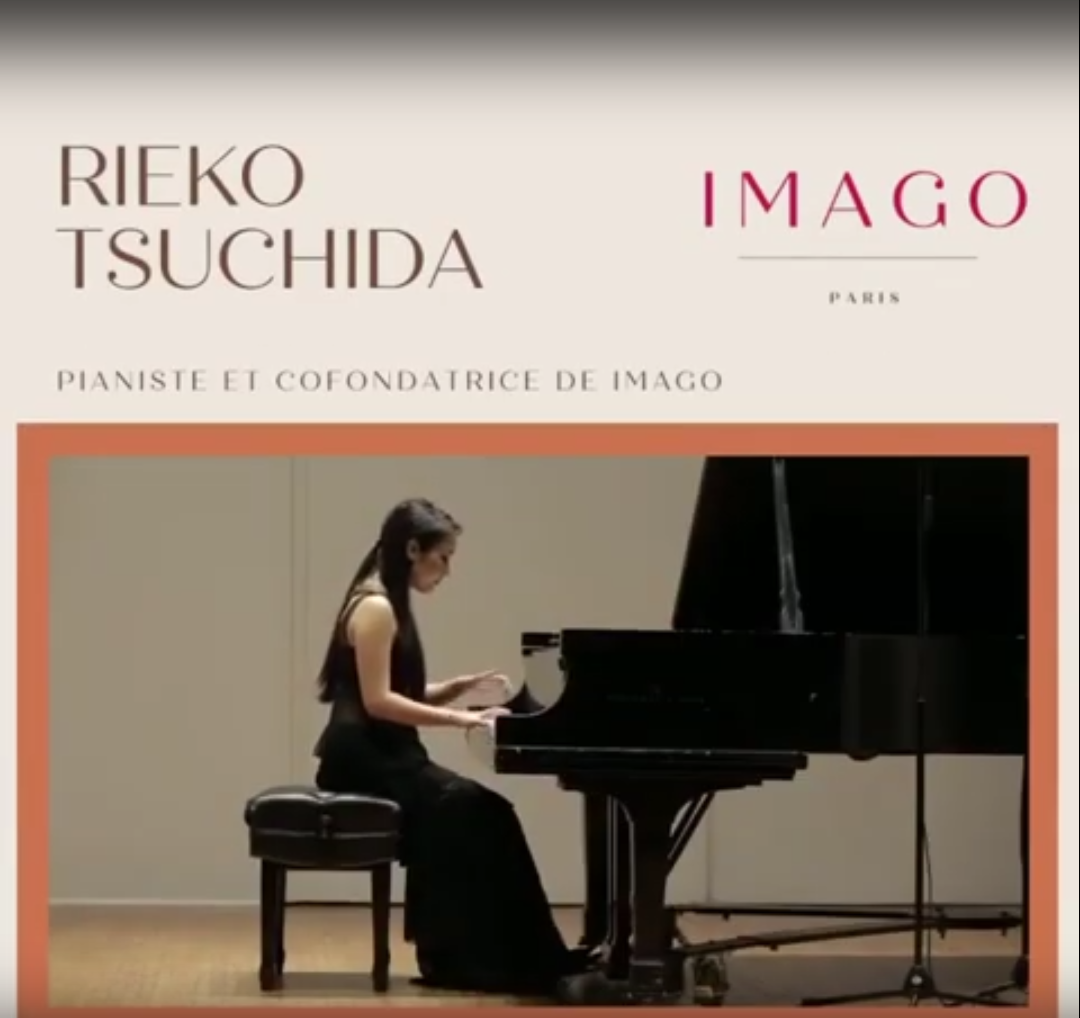