The Jazz à la Cité festival returns this October for its 12th edition. The FEU will hold a concert by the musician Anson Jones, who is a current Fulbright-Harriet Hale Woolley scholar. Jones, recently arrived from New York City, will perform personal compositions and jazz classics.

Covid: Wearing a mask is not mandatory, however it is strongly recommended. Please use the hydroalcoholic gel at your disposal.

Anson Jones is a singer, composer, and songwriter from New York City whose work pulls in turns from modern jazz, modern classical music, and popular music. She graduated from Princeton University in the class of 2022, where she won the Louis Sudler Prize in the Arts and the Isodore and Helen Sacks Memorial Prize in Music. She is 2022-2023 Fulbright-Harriet Hale Woolley scholar and FEU resident, composing a suite of music inspired by Parisian examples of glass architecture. In between academic projects, she enjoys making more commercial music – she loves indie, rock, and folk music, and in June 2022 she released an EP of jazz-rock fusion on Modern Icon Recordings. For both her commercial and academic music, she’s played with her own groups around New York City, joined in writer’s showcases like the New York Songwriters’ Circle and the 5PM Concert Series, and performed at the 2020 Litchfield Jazz Festival.

Anson is passionate about many other fields as well – she has passions for music cognition, computer science, art, and architecture. She has even worked at a series of architecture firms and as a data science intern at a neuroscience lab. Her range of interests all inform her approach towards music-making as an interdisciplinary process. 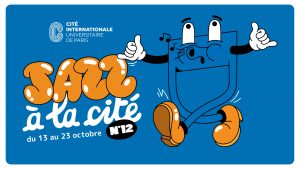