East Side Story: About the Project

The renovation of the East Wing of the Fondation des États-Unis began last year on the 20th of December. The construction site is concealed behind fences, metal staircases, and a lift that were installed exterior to the site. Ten prefabricated modules on stilts overlook the rose garden and trucks seem to be coming and going constantly. But what is happening on the inside? What are the workers busy with on site? The renovation project for the East Wing is extensive. It goes far beyond mere aesthetic modifications. More than a year’s worth of work led up to the opening of the construction site. During that time, the project’s team (comprised of the management, the assistant to the program manager, the architect, and his team of engineers and economists) focused on two main sections. The first step was to create a blueprint—to define the objectives and the limitations of the project based on day to day needs and practices. Of equal importance was the determination of general guidelines in keeping with the Residence’s philosophy—such as choices made to benefit the environment.

The Rooms, Kitchens, and Communal Showers 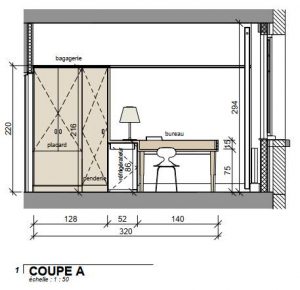 The rooms in the East Wing will all be fitted with refrigerators, restrooms that include a shower and a toilet, and furniture designed by the project’s architect and fabricated with beechwood in the Loire region. Natural materials were prioritized for both the furniture and the floor, which will be made from linoleum. Three wheelchair accessible rooms will also be constructed.   In addition, communal kitchens and collective showers—for residents in the Central Wing—have been entirely redesigned to offer more functional and welcoming spaces.

The Rectangle: A Complete Makeover 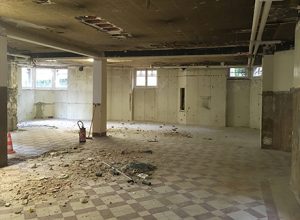 On the lower ground floor, the basement will become a lounge space to relax, meet people, participate in workshops or watch TV. It will offer multiple distinct environments: a space for artistic and sporting activities such as dance and yoga, a comfortable space with subdued lighting where residents can watch television together, a large open kitchen and dining area. The partitions that previously divided rooms used for storage have been removed to facilitate a complete reconfiguration of the space—a multipurpose room, two music studios, and a storage room for the resident’s committee.

Broad Guidelines to Benefit the Environment

Protecting the environment starts with you. What you do, what you make, what you buy. With this in mind, the house invested in two major environmental projects. The first project—and the most visible from a bird’s-eye view!—is the installation of solar panels on the building’s two terraces. The goal is to supply a portion of the Residence’s energy. The surface area of the terraces allows photovoltaic panels to be installed so as to satisfy from 8 to 10% of the East Wing’s consumption, depending on the season. Traditionally, photovoltaic panels are directed towards the south in order to benefit from as much sunshine as possible but the engineers who analyzed our energy consumption and way of life suggested a clever alternative—the panels will be installed along an east-west axis. Considering that it is student housing, the Residence does not use the same amount of energy depending on the time of day—its needs are concentrated in the mornings and evenings.The second project—completely invisible—is the instalment of a gray water recycling system. To put it simply, it functions by « preheating » water with the help of calories recovered from « waste » water, for example when warm water from showers mixes with the water in the system. When « preheated » in this way, the water requires less energy to reach the desired temperature. In addition to these two major components, the entire project was conceptualized to reduce the Residence’s energy consumption and thus its carbon footprint. All of the outside walls will be lined to ensure better insulation, the faucets will be equipped with low-flow aerators to reduce water consumption, all fixtures will use LED lighting, and rain water will be collected to water the garden.

As with all projects of this scope, it began with a significant number of demolitions and the clearing-out of the existing space: all the walls between the bedrooms and the various rooms on the lower ground floor were demolished after the careful removal of lead from the previous layers of paint. These demolitions were necessary both to reconfigure the various spaces and to improve thermal functioning and acoustic comfort. It’s true, a construction site also has many drawbacks! 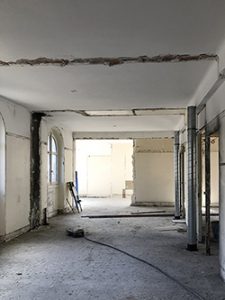 The rooms on the 4th floor after cleaning and demolition of the walls.